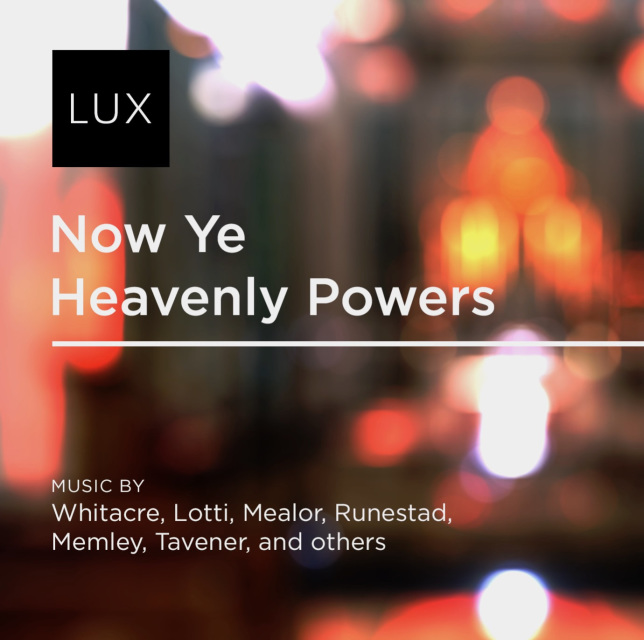 A Featured Album on YourClassical MPR, our second album, Now Ye Heavenly Powers represents the best of the Lux's favorite repertoire over the 2017-2018 seasons, shedding light on many new and familiar composers, established and growing, as well as a few long-standing favorites of the choral repertoire. Aside from their prowess as a mixed ensemble, this album features works for just tenors and basses, as well as for sopranos and altos. Lux puts their versatility on display in their second release, featuring works from Bruckner, to Whitacre, to Dave Matthews, and more.